Your chance of survival goes up dramatically when you surround yourself with like-minded folks that fill in where your knowledge and skills may lack.

The issue with many fellow preppers is letting others know you are a prepper.

The lone wolf approach may seem like the way to go but it is also a great way to get yourself in deep trouble. This isn’t the movies and you are not a superhero and it’s important to think practically and really assess what you can and can’t do in an SHTF situation.

Should I Keep My Preps Hidden?

It has been advised by many that you should keep your preps hidden and never tell anyone that you have supplies.

That does make sense to a point.

There are definitely those you don’t want to know that you have a stockpile of supplies. Those people (the takers) that you know are not going to be friendly or support you in a disaster, are obviously people you want to avoid.

Why Do So Many Preppers Keep Their Preps a Secret?

First, there used to be and still is to a degree, a stigma attached to preppers. They were considered wackos and crazy conspiracy theorists.

And, mainstream media made it a point to create shows and news that made preppers look absolutely ridiculous. Shows like Doomsday Preppers made preppers look like backwoods hillbillies that shot at everyone that passed them by. It really gives us a bad name.

Other issues revolved around political issues. Non-preppers thought that preppers were anti-government and were always fearing they would eventually confiscate their firearms. Most just found it easier to keep their mouths shut.

I know it isn’t easy to share your prepping plans and knowledge, but it can only help you in the long run.

Tips on Forming a Prepper Group

What are Some Skills to Look for in A Potential Group Member?

You want to find members that fill in the gaps you have in your preps, knowledge, and skills.

Here is a short list of things to look for in others:

Set up a regular meeting place and things to discuss during your meeting. Create group activities to promote camaraderie and get your members working well with each other.

It will be surprising what you find out about others when you start doing activities together. This is why you need to really make clear your expectations for each member before you start recruiting.

Think about what got you interested and use those reasons to coax them into prepping. Further, don’t start out by bringing up TEOTWAWKI scenarios, rather, start with smaller SHTF situations such as storms, flooding or earthquakes.

You can work your way up to EMP’s and asteroids later.

When I find someone that shows a little interest, I like to loan them one of my favorite books. Sometimes I loan them One Second After by William R. Forstchen and other times I will get them hooked on a bigger series such as the Going Home Series by A. American.

This has been a great way to open their eyes to the possibilities. Here is a great article on motivating others to prep.

How Do I Get Over My Skepticism of Others and Allow Others In?

This is a tough one, I know. You have worked hard for your preps and supplies, and it isn’t easy to let someone know that you have them. 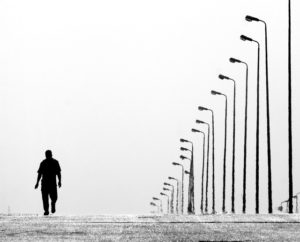 The best advice I can give you is to go slow. Make sure you know the person before you let them in on the totality of your plans.

Don’t waste too much time on those that are not seeing the light. They will probably never come over to your way of thinking.

Instead, spend your time on those that are receptive to your ideas and show interest in making the group better.

You always have the option to join others but most of those with well-oiled machines don’t just allow anyone in. Be prepared to be turned down.

Starting your own prepper group is a great idea but remember, just because you started the group doesn’t mean you know everything. Always take other suggestions and promote leaders that are in it for the group and not themselves.

It’s not easy to form a group and have everyone work together based on how you planned it, but it is possible. The success of your group will depend on each individual’s commitment to the group.

The most important thing when forming a group is to make sure you are all on the same page. Set the expectations and rules and follow them. There will always be those members that don’t pull their weight or expect more than they give. You need to have a way to deal with them… fast.

Additionally, do all this hard work before disaster strikes. You don’t want to test your group’s commitment after the SHTF!

The key to success is much like anything else in life, be consistent and persistent and things will come together in the end.

A Look at The Village Prepper’s Library of SHTF Books

We Are Coming to Your House When the SHTF

Safety Checklist and Tips for Traveling in Winter Weather Conditions